In It to Win It

Over past few years, more software development teams have been adopting agile and lean methods to deliver better quality products at fast pace. Despite best efforts, it has been observed that missing deadlines and churning out buggy software product continues.

Join us at the Agile Deep Dive Conference on November 09 - 10, 2017 in Bangalore, India as we explore the best possible solutions and best practices that will make Agile in practice experience rewarding. The conference features insightful sessions taking deep dive in Agile Methodology with a focus on the Agile implementation challenges and success across key areas such as engineering, technology, leadership, cultural and change management.

The Agile Deep Dive is a must event for agile development teams, agile coaches and project/program managers & Leads and agile enthusiast.

The conference targeted to feature presentation and discussion by recognized thought-leaders addressing the actual developments and trends in the world of Agile. The conference presentations by expert speakers have highlighted the Agile implementation challenges and their solutions by making it easier to understand how Agile methodology can deliver business results successfully as per the plan. 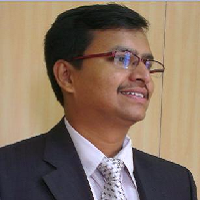 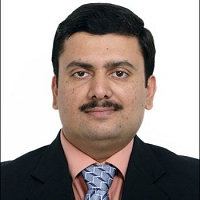 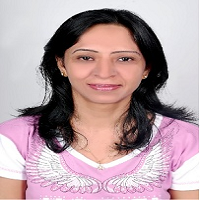 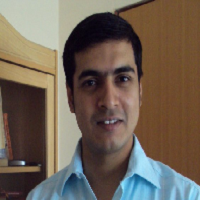 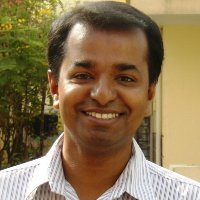 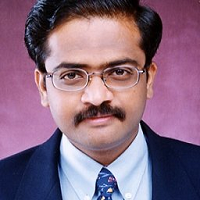 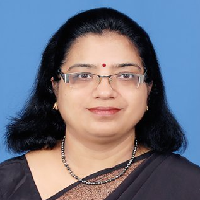 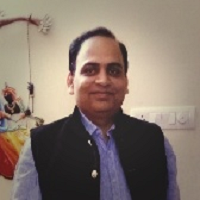 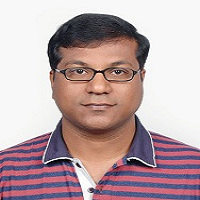 A full day event aims to bring together bright minds, leaders, practitioners and professional from the Agile management and software testing domain to discuss tools, techniques, developments and best practices in Agile Testing area which will act as catalyst to deliver excellent business value alongside overcoming challenges.

09:30 AM
"Future of Application Development and Maintenance in the Digital World"

Key trends and technology focus areas in digital business include (i) elimination of middlemen (ii) Cognitive intelligence demonstrated by machines and robots (iii) Changing workplace with self-service, BYOD, co-existence of and traditional workforce with millennials and robots (iv) Multi-channel customer connect with IOT/wearables integration (v) Pervasive technologies/autonomics/predictive analysis for customer experience.  Agile and DevOps are fast catching up to meet the digital transformation needs of businesses.   Application development and Maintenance, known for large deals and an annuity revenue stream for IT services organization has seen a shift in line with digital transformation trends. Businesses are optimizing their application portfolios, industrializing the routine IT delivery needs, and undertaking multiple digital transformation projects.  The boundaries of software delivery are eliminated with operations, development, testing, infrastructure & deployment teams working together in DevOps life cycle.  The key IT services in demand today are Agile/DevOps delivery, Automation, Cloud, Cognitive Intelligence for Business Technology through Robots.   What does the future of IT look like in this changed world of Business Technology?  What is expected from IT in terms of Process, People Skills, and Tools/Technologies?  Renu would discuss the current trends in business that shape technology outlook, and how the technology and service providers should prepare to cater to the needs of the digital business.

10:45 AM
“Dealing with, and coaching senior Management and Leadership”

In most agile transformation initiatives, people often get stuck when they need to deal with, or coach senrior management and leadership people. One of the key challenges is expectation management. The confusion lies around consulting versus coaching.

In this experience sharing talk, the speakers are going to share their experience and provide practical tips on dealing with, and coaching senior management and leadership people from an enterprise transformation context.


Key takeaways for the audience:

Participants will understand the different between consulting and coaching in real world. They would also enhance their knowledge on practical considerations when they need to consult or coach senrior management and leadership.

2.        How can I motivate the employees to develop themselves?

With Management 3.0 I could have answer all Questions.

Management 3.0 is a movement of innovation, leadership and management. Management 3.0 is redefining the definition of leadership with management as a group responsibility. It is about working together to find the most efficient way for a business to achieve its goals while maintaining the happiness of workers as a priority.

Management 3.0 is a global management revolution that brings together thousands of project managers, mid-level managers, CEOs and entrepreneurs, developing solutions together, using games to encourage employee feedback and team collaboration.

In this talk, I will introduce you to Management 3.0 concepts.

“Inspect and adapt” is a core principle mastered by mature Agile teams. In context with respect to software architecture, this is a principle that most Agile teams have forgotten to put into practice. In this talk I will introduce “Reflective design” , a simple, but effective practice to overcome this problem and to enable software design agility. After all, if the architecture doesn’t adapt with the business needs, it becomes a bane than a boon.

02:45 PM
“Building a Self-Organising Culture in an IT Organization”

In the recent past, there has been an increasing interest to understand more of self-organising concept in agile and lean software development teams. Multiple factors have contributed to this increased interest as, software has become ubiquitous pervading all walks of life. The problems that are getting solved through software are also increasing exponentially (problem complexity) and finally we still have not found the “silver bullet" to effectively build software. The much cited report of the Standish Group puts successfully completed project at an abysmal rate of 31 (in their 2015 edition)

Increased adoption of agile and lean development methodologies have also increased the  inquiry into the social aspect of software development, be it for delivering quality software, developer motivation, sustainable returns and more. Socio-economic realities of the 21st century are questioning some basic assumptions at the organisational level in terms of management and organisation theory. Falling birth-rates, increase in disposable income, new engagement model to deal with knowledge-workers are some of the management challenges of the 21st century.  All these factors question - ``whether we can build a lasting organisation? And can we sustain IT organisations of the magnitude of tens-of-thousand associates".

This talk address the following question –

•        How can we build upon the current body of software engineering knowledge, from agile and lean software development philosophy to develop a self-organising institution?

•        What roles do we need at enterprise level to be a self-organising institution?

•        What are the set of values a self-organising institution needs to inculcate?

•        What are the best-practices to be adopted to be a successful self-organising institution?

•        A agile maturity model is proposed for adoption agile philosophy at the enterprise model, which extends the theory proposed by some of the thought leaders, as Phil Crosby, Watts  Humphrey and Jerry Weinberg

Have you heard of agile practices and techniques like 5 levels of Agile Planning, Personas, User Story Map, Story splitting, Vertical slicing, BDD/ATDD/TDD, Agile Test Pyramid, etc..,? Most agile practitioners would have practiced these in isolation or in some combinations. But many struggle to put in them in use end-to-end, right from Product discovery to Product delivery with high quality.

In this hands-on mini workshop, participants get an opportunity to apply all these practices in a meaningful and effective manner on a real-world application example. Depending on their role in agile and interests, they can participate in different groups to practice interested techniques as well as integrate their work with techniques of other groups connecting them end-to-end.

Key takeaways for the audience:

Participants get clarity on various agile practices/techniques used in real-life, their purpose and a deeper understanding on how to use them together in a meaningful manner.

The session will focus on how to mature on the Agile Transformation Journey using the power of Software Engineering Practices. What are these often forgotten practices? How to consistently use them to deliver better products faster? We will also look at how to use them for agile@scale programs.
- Monica Gupta, DevOps Transformation Leader, Shell
11:30 AM
“Enterprise Agility - Scaling Excellence”

Agile teams improve continuously as they work together sprint after sprint. Each agile team will follow its own agile journey into reaching the excellence. Many of you would have seen that some agile teams reach the stage of excellence pretty fast while the rest of the teams will charter a slower course.

In a world of accelerating change and growing uncertainty, where the rates of return on assets and on invested capital has been on a continuous decline, Agile has emerged as the answer. Unfortunately today after more than a decade of doing Agile, 80% of the organizations are at or below the ‘still maturing’ level.

Thought Agility - The keystone for true-blue agility, is intended to explore Thought Agility and its key role when transforming to an Agile organization focused at delivering value at scale. This session is a combination of my experiences and my research to better understand the why behind – 80% of the organization are at or below the ‘still maturing’ level and more importantly why 63% (a number moving up at an alarming rate) of organizations cite company philosophy and culture as the impediment for adopting and scaling agility.

This session focuses on how to build enterprise solutions with SAFe. Key learnings/outcome from the session :

1. Use SAFe portfolio guidance  to manage Strategy and investment funding with Lean governance

2. Focuses on the importance of collaboration across epic owners, customers, biz owners, product management, architecture and the development teams

See best captured moment of the conference in pictures

Let us know, we'll get back to you!